Watching The Fountain: Death Is The Road To Awe 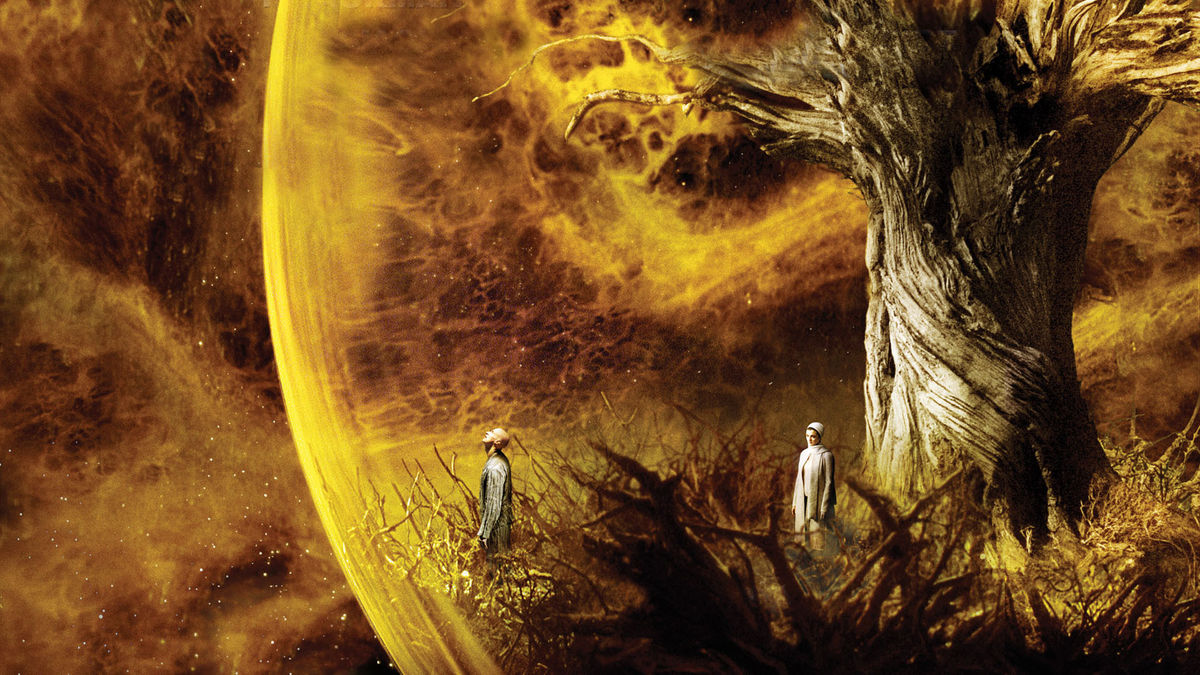 The other night I watched The Fountain. It remains one of my favourite films, weird and layered and quite sedately paced – but these days I’ve really come to find the noise and bustle of action films rather tiring, even the good ones. This is not a mind-bending, car-crash of a film a la Michael Bay.

Rather it is a meditation on mortality, layered with symbols and references. It is about life, and death, and immortality told through three interwoven strands. One is the contemporary struggle of a researcher to find a cure for his wife’s illness, and her acceptance of it.

The other strands are the past and future: in the future a man encapsulated in a bubble flies through space, his only company a dying tree. He is flying towards a nebula that cloaks a dying star.

Meanwhile, in the past the queen of Spain sends her favoured conquistador to find the Tree of Life, hidden in the jungles of the New World. When he reaches the pinnacle of the ziggarat he meets a priest with a flaming sword who declares that “death is the road to awe!”

No spoilers, but the threads weave together around the wife’s book, and her entreaty to her husband to “finish it.”

I think that one of the reasons this really resonates with me is the way it uses fantasy and sci-fi in combination, while splitting the narrative into masculine and feminine. The husband wants to take control, wants to cure death – he is tortured and trapped by mortality. In contrast the wife accepts her mortality and becomes freed from her fear.

There is more, lots more, but it was the phrase “death is the road to awe” that intrigued me. The wife explains that a native guide in South America told her about his dead relative, and that they planted a tree over his grave. If they dug him up, there would be no one in the grave, because his essence was taken up by the tree. So when a bird ate a berry from the tree, the man’s spirit would fly with the birds.

It is saying that there is nothing to be afraid of, and is a very animistic understanding of the relationship between life and death, the yin and yang that makes living meaningful. Perhaps it’s because I’m getting older, perhaps it’s the worry about the current state of affairs….. I don’t know, but there is something almost reassuring about it all.

Anyhew, I’ve rambled on long enough. If you haven’t seen it, I’d say it’s well worth investing some time in watching (but that’s just me). It’s not something that you can come back to often, but after a good few years I found that this film had once again captured my heart and imagination.

If you enjoyed this and want to support me then consider leaving a LIKE down below ⇓ – it really helps to keep me working! You can also: